With all the talk about Lindsay Lohan and Charlie Sheen not being held to the same standard as all other citizens I wonder why some people are so surprised. 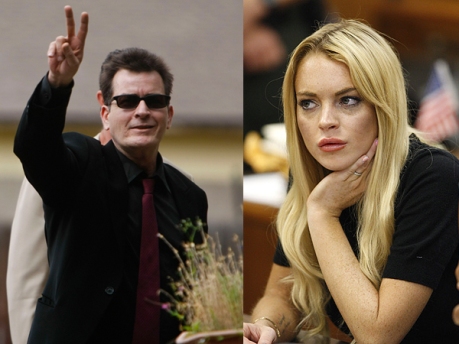 Not only does this seem to be a long time practice when dealing with celebrities who get in trouble with the law but this is how the industry works too. It seems that just like individual celebrities, the motion picture and television industry is not being held to the same standard as all other industries either! The fact that they are often not even challenged is more surprising than these celebrities who are multiple offenders who still get the lightest of sentences!

Case in point: Hollywood Discriminates! Whether it is on purpose, ignorance, fear, ambivalence, stubbornness, not wanting to change, just not caring or paying attention, refusing to recognize or accept as all other industries have – that those with a disAbility are not only a minority but the largest and fastest growing minority in America, or a host of other reasons, but Hollywood does discriminate – right in front of everyone – and not only gets away with it, but is often applauded for being diverse and inclusive. HOW? WHY? Their inclusion and diversity is only on paper – and it is just as thin considering that the overwhelming majority are written by those who have no idea – except what they have read – of what it is like to live with a disAbility. And the same holds true when it comes to giving life to those characters with actors performing and directors giving their vision of what that character on paper is all about, why he or she feels the way they do and their reactions when other characters interact with them!

If a study like that done by the National Arts and Disability Center at UCLA that was commissioned and then published by the Screen Actors’ Guild – “The Employment of PERFORMERS WITH DISABILITIES in the Entertainment Industry” which details some of the incredible statistics of discrimination in Hollywood was done on any other industry – companies within that industry would scrambled and rush to make changes to end discrimination or any appearance of discrimination. But this was published in 2005 and most of the industry – certainly the top companies like the Big 6 studios didn’t even blink an eye. In fact, the discrimination continues by hiring able bodied majority actors to portray and represent disabled minority characters – such as those in the most successful movie of all time, “Avatar” and in the new hit television show “Glee”.

While the television show, “Glee” portrays in episode 9, “Wheels” about how offensive it is to fake a disAbility through the paraplegic character “Artie” who producers EMPLOYED able bodied actor Kevin McHale, they also used another character, “Finn” pretending to be disAbled to get a job and in fact threatening the manager with a discrimination lawsuit from the ACLU if he did not hire the “handicapable” person – who is secretly faking being a paraplegic. This is wrong on so many levels! But interesting how they can portray on both a moral and a legal level how wrong it is to not use – not hire a person with a disAbility – especially when portraying a person with a disAbility – all the while they do exactly that!

Has anybody thought about threatening an ACLU lawsuit for discrimination against the producers of “Glee” for NOT hiring a paraplegic actor for the paraplegic character – just like they portrayed in this episode?

And why do they continue to get away with it? Is there any reason that makes it okay to discriminate? Would that reason be okay to hire a white actor to portray a black character? 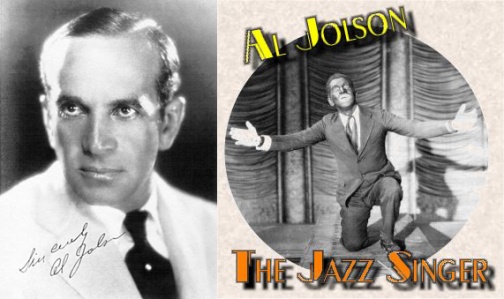 In the 1920’s, Al Jolson was a huge star even before the talkie film/musical – “The Jazz Singer” and wearing black face was accepted by majority of audiences and the entertainment industry did not allow black entertainers on the stage or in front of the camera so this portrayal and representation was acceptable. But did that make it right? Would it be right today? Except for comedic affect and only on occasion such as in “Tropic Thunder” – but what about other minority portrayals and representations – even those that are acceptable today?

When a person with a disAbility sees a character with a disAbility in a movie or television program it gives them a sense of pride for being included, and that gives some hope, even empowerment – but that quickly fades and can even lead into alienation and anger when it is discovered that the image was faked by an actor who has no idea what it is like to live with a disAbility. That is the impact the Hollywood discrimination of those with a disAbility can and does have. 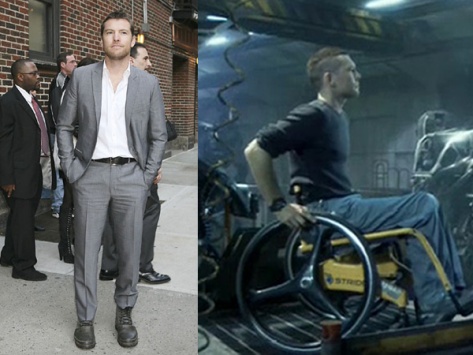 Sam Worthington a very able bodied actor – and a screencap of “Avatar” because all promotional pictures for the movie conveniently frames most if not all of the wheelchair out of the picture. Regardless of how you frame it – it is a majority actor portraying a minority character – basically this portrayal and representation is an “Al Jolson in a wheelchair”. And this is acceptable in the 21st Century! 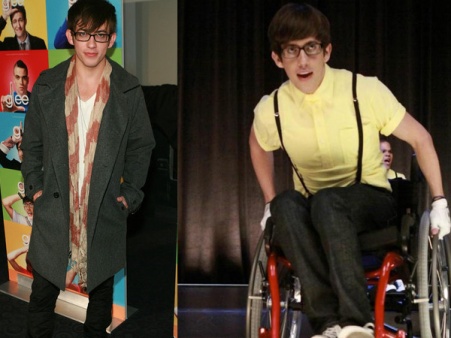 Able bodied actor, Kevin McHale portrays regular character who is paralyzed in the new hit television show “Glee”. Surely he knows how paraplegics get through their daily lives knowing they will never stand up, run, jump, or walk ever again, and how paraplegics feel enough to not only portray but also represent paraplegics on television. He said he learned how to make his legs lay to the side to accurately portray paraplegics. That is supposed to be a substitute for genuine and authentic portrayals and representation on television for all paraplegics and those with a disAbility? No matter how you fake it – you are still faking it – just like wearing black face – but is this for comedic affect?

And if I read one more article where the co-creators and co-writers, Ian Brennan, Brad Falchuk, and Ryan Murphy, who have written every episode of “Glee” so far, where they say they “understand the concerns and frustrations expressed by the disAbled community” I will do all I can do take out a full page ad in the trades to quote them and then call them LIARS – there is no way they can understand what it is like to be a paraplegic and how upsetting it is when someone is faking a disAbility – especially like being paralyzed – oh, wait – they do understand – they even portrayed it – in episode 9 “Wheels” so instead of LIARS – I will call them what they are – HYPOCRITES!

They know it is morally wrong and that legally they could or should be sued for discrimination for not hiring a paraplegic – both of which was portrayed in the same episode – but they do it anyway? And they get away with it? In fact, they offer no apologies when confronted with issues (ie: they only say they understand the concerns and frustrations of the disAbled community) and instead hide behind the Hollywood legal loophole to Equal Employment Opportunity Commission to not discriminate based on disAbility by saying they “hired the best person for the role”! And the majority of the audience is fine with this. WHY? Are you one of them?

Just like Lindsay Lohan and Charlie Sheen as the most recent examples of Celebrity Justice – we have James Cameron who is making a record-setting $350 million just from “Avatar” while discriminating and faking a disAbility minority, and “Glee” producers Ian Brennan, Brad Falchuk, and Ryan Murphy to make $40 million while continuing to discriminate and fake a disAbility without being held to the same standard as all other industries and any challenges from the ACLU as prime examples of HOLLYWOOD JUSTICE!

This Hollywood Justice is not based on principals, what is right or wrong, or even the law – as in Americans with Disabilities Act, or the Equal Employment Opportunity Commission – and they get away with it because audiences and society in general do not care enough to hold them to the same standard while accepting their justification of discrimination by claiming artistic and dramatic license. Even with the amazing technology, stunt doubles, camera angles, and an industry that is one of the richest on the planet and can afford to make some very minimal modifications to make a film production accessible or afford the so-called higher insurance rates for employing authentic actors with a disAbility – for at least the roles that are specifically written as characters with a disAbility – they still find excuses to discriminate and hire able bodied actors. Audiences and society in general would not accept any excuse for discriminating or faking a racial minority with an actor using black face in a dramatic role, but these Al Jolsons’ in a wheelchair portraying and representing a disAbility minority seem to be acceptable.

So who is at fault for the injustices of Hollywood Justice?

E. ALL OF THE ABOVE

What will make Hollywood be held to the same standard as all other industries – and will give those with a disAbility the same fair and equal employment opportunities in creative roles, representation, treatment, inclusion, dignity, respect, human and civil rights as all others in movies and television?

This Hollywood Justice affects 20% of Americans, not to mention their family and friends who love them and wished they were portrayed fairly, and not just a handful of Hollywood stars getting away with not being held to the same legal standards as all other citizens! Hollywood Justice has a huge impact. Do you care?

One thought on “Celebrity Justice Microcosm of Hollywood”