The movie and television images of people and issues play a huge part in our culture and can be good or bad as we are often reminded of when people comment on a film or show. And as the saying goes, you can satisfy some of the people all of the time, or all of the people some of the time, but you can never satisfy all of the people all of the time! In the motion picture and television industry the reality is that nearly everything has some form or some degree of controversy that is bound to be associated with every movie or television program. But some are so outrageous and so obvious and yet at the same time so accepted that it is nearly unbelievable! And so it is when it comes to talking about diversity, minorities, repressed voices – nearly always those subjects will include race, gender, sexual orientation, and sometimes age. But what is often dismissed, ignored, or just openly rejected is those with a disAbility.

And throughout this blog, my website, Facebook, Twitter, comments on articles from other websites, I talk about all the ways, all the reasons, results, and what should be in an industry and society that believes in fair and equal opportunities and representation for all. Of course not all disAbilities can represent themselves as writers, directors, or actors, but many can and still according to Hollywood we are all in the same category – if disAbled they consider that unable – and those of us with a disAbility have to accept whatever portrayals they give us. “Glee” is the perfect example of this, especially for paraplegics like myself. Here we get a paraplegic character and according to some Hollywood reactions we should be happy and not complain about it. We are included in an ensemble cast of nothing but diverse characters – yippie! And what this is saying is that here is a character about a person with a disAbility but a person with a disAbility cannot portray him. They do not have the talent or the ability. I wonder if any of their other diverse characters had this same problem? As soon as there were enough protests about this “Al Jolson in a wheelchair” portrayal, the producers did their best to play it off saying that they did not find any actors who were paraplegics who could act, dance, and sing as well as able bodied actor Kevin McHale. And then all of a sudden they found Zack Weinstein, an actor who does have the talent and ability and is a paraplegic – in real life, but was only offered a guest role on one episode! That should calm down and end the protests from the disAbled community! Yeah, right! Instead they should bring Zach’s character in full time and then have the Artie character’s parent get a job out of state where they have to move. Then keep the real actor who is also a real paraplegic portray and represent those with a real disAbility!

I could write a character who was a paraplegic to add into any current television show – and it doesn’t have to be one that is all about diverse characters, filled with stereotypes and teenage angst that all of a sudden brake out in song and dance! AND I would love to do it – rather than talk about it! I mean I love talking about my characters and my screenplays and my short stories that I am adapting into screenplays – and I would love even more to direct and produce them for the big or small screen because I am really sick and tired of talking about how Hollywood treated and continues to treat us! So the next step is getting the people I need added to produce “London Time” and prove all that I talk about. An it is way past time – not only is film project completely developed but look at the website, this blog, Facebook, etc., and you can see that I am more than prepared – and in fact more prepared then an overwhelming majority of other indie filmmakers out there looking for production funding, Hollywood stars, distribution contracts, etc.!

Whenever I search for anything disAbility related it is amazing to me how many organizations are set up as charities! They are there to help find a cure for the disAbility, or if you can prove you do not have any money or resources some are set up to help with equipment or modifications to live with the disAbility. The overwhelming majority of these are charities and not-for-profit organizations – so looking for companies or organizations set up for profit, part of the American entrepreneurial spirit that in some way represents those with a disAbility is hard to find. Another reason, along with those that follow in the next subsection, why having Abilities United Productions and my films represent paraplegics and others with a disAbility is inspirational in itself, not to mention, just the right thing to do!

From the Equal Employment Opportunity Act to the Americans with Disabilities Act, to those that are just accepted good etiquette, common sense, polite gestures all aimed to help those with a disAbility maintain some dignity, have some equality, and made to feel like we are important in life, as human beings, regardless of our personal challenges BUT even with all the charities and organizations mentioned above and these civil rights we have been included in,  THE ONE THAT WOULD HAVE THE BIGGEST IMPACT in the lives of those living with a disAbility and be truly inclusive are non-stereotypical images, authentic portrayals and representation in movies and television, that unfortunately, Hollywood ignores or dismisses completely…for now!

Seriously, just think about it for a minute. What would it be like for a kid or a teenager or even an adult with a disAbility – and for simplistic sake, let’s say a paraplegic, a wheelchair user – to be able to see a paraplegic character in a leading role, who is not stereotypical, is kind of a hero, a really good, or rather a really good at his job but also a real bad ass type of police detective, a “Dirty Harry”, or a “Die Hard” John McLane type character who happens to use a wheelchair?

Can you imagine what that will be like for those who really use a wheelchair? Who are really paraplegics? Now just for minute, forget common Hollywood casting of only using an able bodied actor who has no idea what life as a paraplegic is really like – and think what it would mean to those that are paraplegics or using a wheelchair for their mobility – if that fictional hero police detective – was portrayed by someone who is just like them, an actor who is a paraplegic? Unless you are a paraplegic or have a loved one who is a paraplegic or using a wheelchair – you have no idea how significant, how important that would be – how empowering it would be to see that on the big screen!

That is Detective London in my “London Time” ! 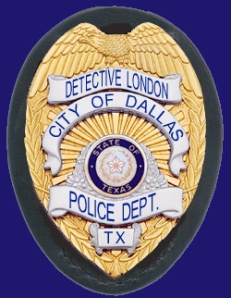 And although I am a paraplegic, I am not an actor, but I am the writer and director, and one of the producers who will hire a paraplegic actor for that role of Detective London! Can you imagine what that would be like for the 6 million paraplegic/wheelchair users in America? It would even have an impact on many of the remaining 50+ million Americans with a disAbility! Or since American movies do have a global impact, what about the additional 600 million people world wide with a disAbility?

THAT IS WHY I do what I do, talk about what I talk about and why I will revolutionize Hollywood practices of portraying and representing those with a disAbility who can represent themselves! And right now I am contacting those who I think will be key personnel needed to produce this first feature film, “London Time”. Who’s with me? I will let you know as I get them. I have contacted some influential people in Hollywood – I wonder if I should let you know who – and what they say when I hear from them? Do you want to know?

Should it be public knowledge especially since this is such a difficult topic for Hollywood and those of us trying to get this fair and equal representation in movies and television? And although that may not be the nice thing to do – mention who I have and am contacting and waiting for an answer or who has rejected my “London Time” project – but then again is the common Hollywood practices against those with a disAbility really the nice thing to do?

EITHER WAY – history will soon record a significant “turning point” in American cinema for those with a disAbility on both sides of the camera is ON ITS WAY and I will not accept anything less – even with tremendous odds going against me. I have it developed and prepared to make a huge impact. Let’s stop talking and start doing!